How An Aperture Look Likes? 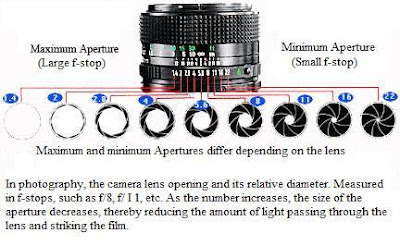 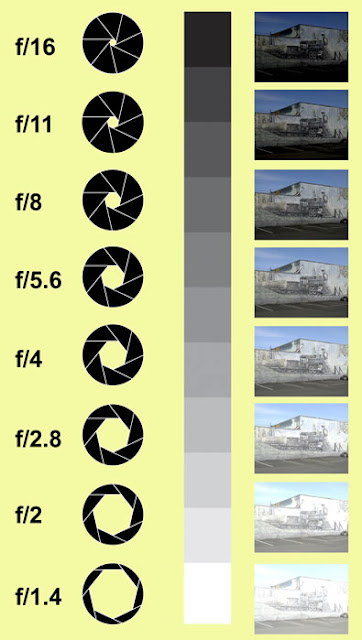 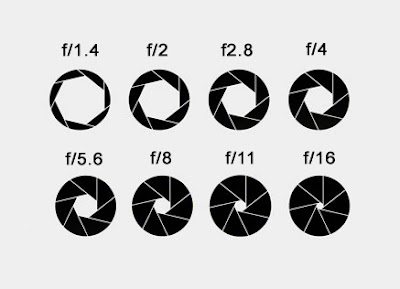 An aperture is an opening. In the world of photography, people use the term “aperture” to describe how much light is admitted into the camera. The width of the aperture can be controlled manually by the user, or automatically by the camera. Aperture width has a profound impact on the appearance of the final photograph, and the concept of aperture is often introduced at a very early stage in the study of photography as a result.
The main function of a camera lens is to collect light. The aperture of a lens is the diameter of the lens opening and is usually controlled by an iris. The larger the diameter of the aperture, the more light reaches the film / image sensor.
Aperture is expressed as F-stop, e.g. F2.8 or f/2.8.
The smaller the F-stop number (or f/value), the larger the lens opening (aperture).
When we look at the technical specifications of a digital camera, one of the very first specification mentioned is its maximum aperture and/or its aperture range.What is 'aperture,' what is a good aperture range, and how is aperture relevant when it comes to choosing a digital camera?

In practice, unless we are dealing with a fixed-aperture lens (many simple point-and-shoot cameras have only one fixed aperture), the aperture of a lens is usually expressed as a range of fstops.
When we read the specifications of a camera, the aperture may be expressed in a number of different ways, the following three being the most common:

This simply states that the maximum aperture for the lens is F2.8.

This states the max. and min. aperture, the assumption being that there are standard increments between them.

This gives the max. aperture for the wide-angle (F2.8) and telephoto (F3.5) focal lengths of a zoom lens.